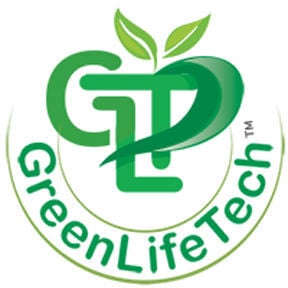 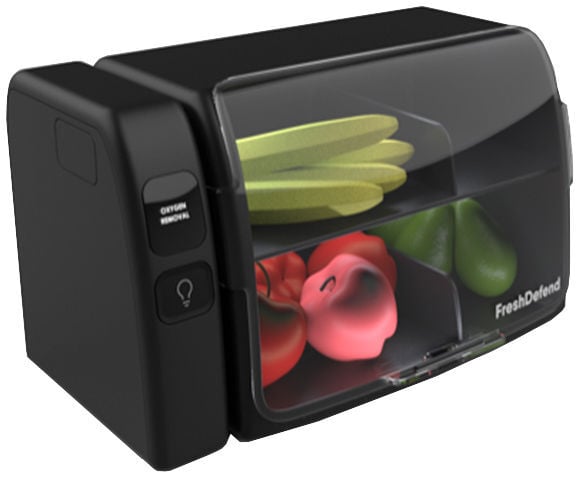 Bruce Roesner designed the oxygen removing system for FreshDefend which he said extends the shelf life of produce.

Bruce Roesner designed the oxygen removing system for FreshDefend which he said extends the shelf life of produce.

Bruce Roesner, president of Greenlife Tech, said the grant is almost $98,000 which will go toward developing and producing his FreshDefend product aimed at reducing food waste.

The device is a countertop container which draws out oxygen in order to keep foods fresh and reduce food waste, Roesner said.

“I got the idea about two years ago. I was tired of seeing my wife throw wine out, to be honest — she’d open a bottle, have a glass, maybe a glass the next day, and then the bottle got tossed,” Roesner said. He said he researched and found that oxygen is what makes wine start to taste bad, and he got to work developing a device that displaces oxygen and keeps goods fresh for longer.

After about six months of prototyping, Roesner said he landed on a design that worked well and submitted some patents of his technology. Meanwhile, he began to raise money and look for investors.

The FreshDefend device is a countertop container that does not require refrigeration or any chemicals. According to Roesner, it can extend the shelf life of fresh produce fivefold.

“They liked our technology and agreed to take on our product development for us, and actually are taking part of their fees in stock in the company, which is very unusual for them, or anybody else for that matter,” Roesner said.

“We’re actually kind of shocked we got this EPA grant,” Roesner said. As a first-time applicant, Roesner said he knew the likelihood of receiving the grant was low. With the money, he said Greenlife Tech is looking forward to developing, prototyping and producing its FreshDefend product.

This isn’t Roesner’s first experience with a startup company. Before Greenlife Tech, Roesner participated in three other startups in the technology sector and has raised millions of dollars through venture capitalists.

Roesner said he continues to look for new ideas for his company. This year, Greenlife Tech Corporation sponsored one of professor Michael Rall’s applied design classes at App State where students were developing products. One of the group projects was similar to one of Roesner’s interest areas, and Roesner said that he and the students are in the process of applying for a couple of patents.

Moving forward, Roesner said he will be looking for a variety of investors and is considering product crowdsourcing, like Kickstarter, where companies pre-sell their products. The first big push for fundraising will be at the start of the new year in January and February of 2022.

Like many other companies, Roenser said he too is struggling with supply chain issues and the rising prices of materials, but he is dedicated to keeping the price point for his product at $199.

“We are also working on some other SBIR contracts through the USDA and others, where we hope to expand our product more into the commercial line for in all what I’ll say is pre-grocery store or going into the grocery store larger containers and so on,” Roesner said.

To learn more about the FreshDefend and Greenlife Tech Corporation, click to greenlifetech.com.

Pentagon: 8,500 US troops on 'higher alert' amid Russia-Ukraine tensions

Lowe's, Petco to Harness the Power of Home and Pets with New Store-in-Store Concept