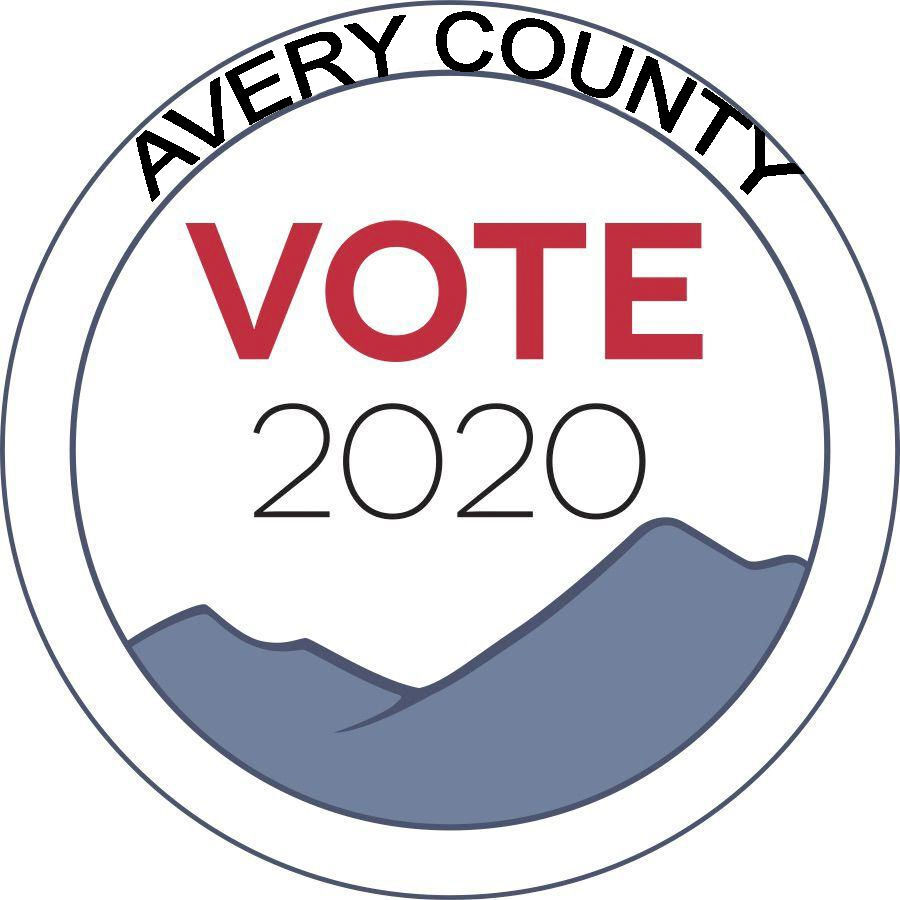 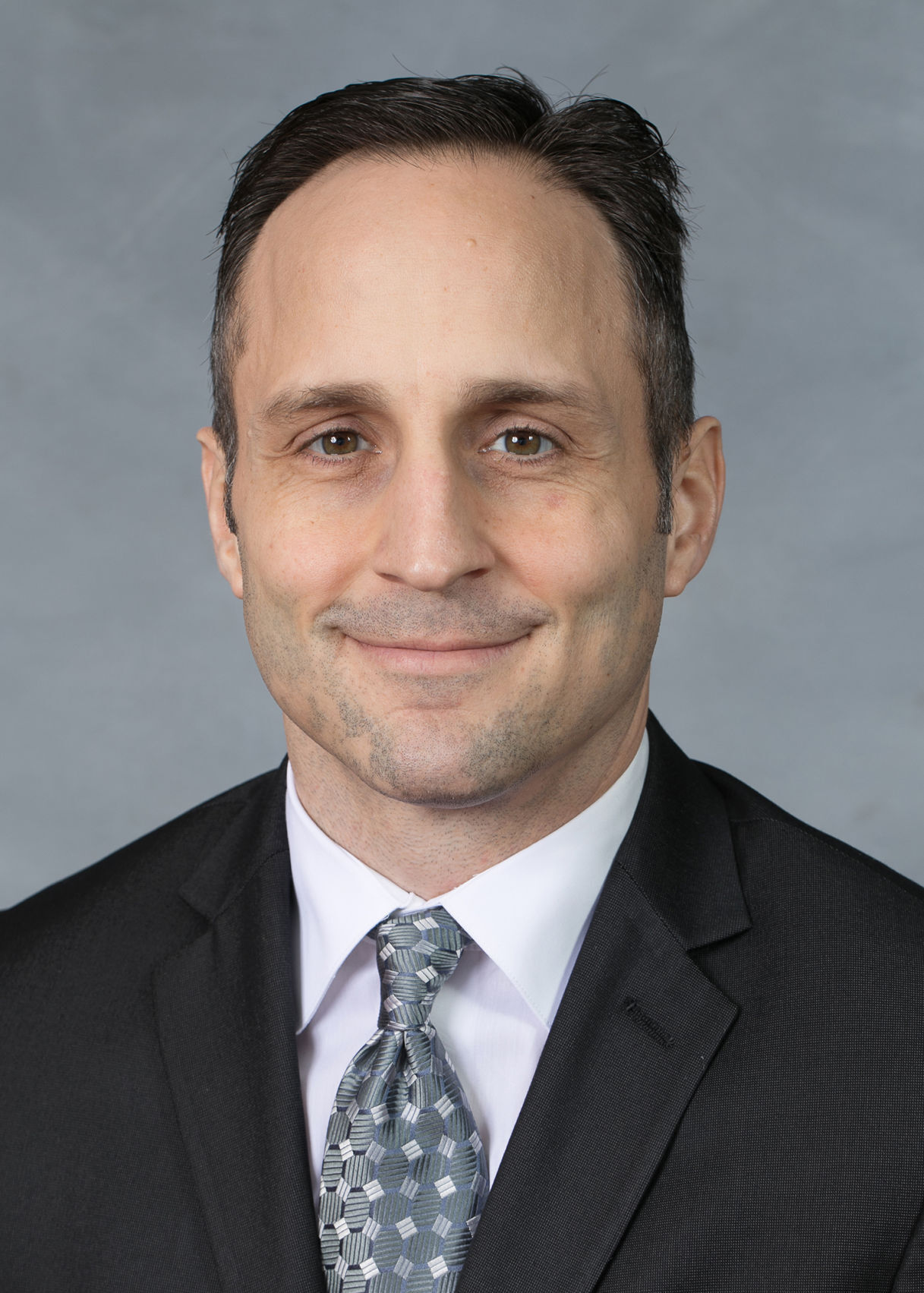 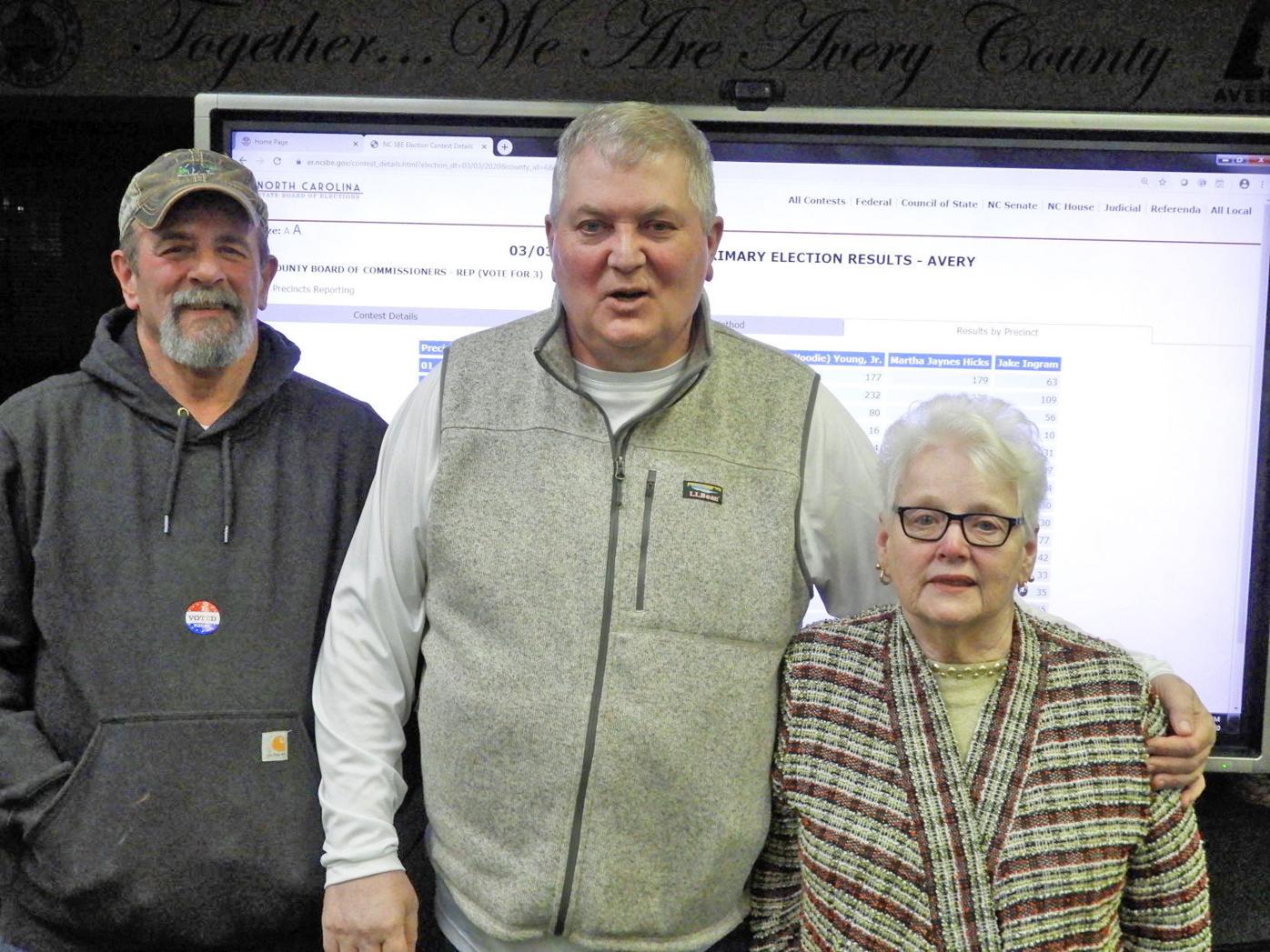 Candidates for Avery County Commissioner Wood Hall Young Jr., Tim Phillips and Martha Hicks will continue to serve on the board, with Phillips and Hicks earning four-year terms and Young a two-year term as a result on Election Day voting.

Candidates for Avery County Commissioner Wood Hall Young Jr., Tim Phillips and Martha Hicks will continue to serve on the board, with Phillips and Hicks earning four-year terms and Young a two-year term as a result on Election Day voting.

Editor’s Note: The reported results are totals for Avery County only and does not necessarily reflect state and federal voting outcomes.

NEWLAND — With all 19 precincts in Avery County reporting to the state board of elections on Tuesday, Nov. 3, Avery County has cast its support for the GOP once again as residents voted for Republican candidates up and down the ballot.

According to Avery County Board of Elections Director Sheila Ollis, the county experienced record voter turnout for the 2020 general election, with a total of 12,353 ballots being cast, more than 76 percent of the county’s total electorate. The BOE’s work of establishing a one-stop, early voting site at the Avery County Pool Complex was also commended by residents throughout the county.

The added challenge of dealing with the COVID-19 pandemic directly affected the BOE as well, since the office had to be shut down on October 8 after staff tested positive for the virus.

“Everybody tested positive, and we had anywhere from a sore throat or a slight fever to one person being hospitalized and terribly sick. We had to have people come in from the state board. They sent us excellent help, and when I came back on October 21st it was just like stepping in and never being gone, because they were an absolutely wonderful support team from the state,” Ollis said.

As expected, the unofficial results from Avery County voters heavily favored Republican candidates. While county races were decided in the March primary, Commissioner Tim Phillips garnered the most votes out of the commissioners on the ballot, with he and fellow commissioner Martha Hicks gaining four-year terms and Woodie Young earning a two-year term.

“I am humbled more than words can express by the level of support we received, and will be honored more than I can ever say to serve as the Representative for the district I am privileged to call home,” Greene posted online on social media following his victory.

North Carolina Senator Warren Daniel (R) was re-elected for a sixth term in the General Assembly after topping Ed Phifer (D) 67,431 to 25,750 in District 46. Avery voters favored Daniel with 77.53 percent of its vote.

“Thank you again to the voters of Avery, Burke and Caldwell counties for choosing me to be your state senator for the next two years,” Daniel stated following his reelection in NC Senate District 46. “Lydia and I thank you all for your continued support.”

In the highly contested and nationally noted election for the District 11 congressional seat, Madison Cawthorn (R) claimed victory by a wide margin over Moe Davis (D) within Avery County. On a district level, Cawthorn garnered 242,965 votes to 189,325 for Davis, with Cawthorn carrying 76.12 percent of the Avery County vote.

“This election showed that we’re a divided people. Americans are hungry for leadership that appeals to our highest aspirations and that’s precisely what I intend to do,” Cawthorn said in a statement on Election Night. “My generation feels an intense sense of urgency on issues like health care, the environment and our unsustainable debt. We need real answers and real solutions, not politically safe or politically correct half-measures that keep career politicians in power but leave the country paralyzed.”

Davis also released a prepared statement in which he gracefully conceded the race.

“I’m grateful to over 1,000 volunteers who worked tirelessly to help me try to bring better days to Western North Carolina,” Davis stated. “I’ll be forever grateful for their support. But the voters have spoken and while I’m disappointed, I respect their decision.”

“I’m so thankful to the people of North Carolina for the confidence placed in me,” Dobson stated on social media following the election. “To everyone who endorsed me, sacrificed, contributed, and worked over the last two years on my behalf, I’ll never be able to tell you how grateful I am. After a long journey, I’m ready to get to work!”

At the national level, a heated presidential contest between incumbent President Donald J. Trump and Democratic challenger Joe Biden remained too close to call in the days following Election Night. The Associated Press on Saturday, Nov. 7, called Pennsylvania and Nevada for Democrat Joe Biden, projecting he had surpassed the 270 Electoral College threshold needed to unseat GOP incumbent Trump in the race for U.S. president.

The outcome of the presidential race was not immediately known on the night of the election, and election workers in a number of battleground states have taken days to count an unprecedented number of mail-in absentee ballots.

The Associated Press declared the former vice president the winner of his birth state, Pennsylvania, at 11:25 a.m. on Nov. 7 as he held a 34,243-vote lead in the state’s vote count. The AP determined that the remaining ballots left to be counted would not allow Trump to catch up. At 12:13 p.m., the AP declared that Biden had won Nevada.

Biden, 77, was on track to win the national popular vote by more than 4 million, a margin that could grow as ballots continue to be counted, the AP reported. With counting continuing in some states, Biden had already received more than 74 million votes, more than any presidential candidate in history, according to the AP.

Kamala Harris, Biden’s running mate, becomes the first Black woman and the first person of South Asian descent to be elected vice president, becoming the highest-ranking woman ever to serve in U.S. government, the AP stated. President Trump had not conceded the election as of press time, however, contending for all legal votes to first be counted.

According to state law, county boards of elections will complete their processes and canvass the election on November 13. The NC Board of Elections will meet on November 24 to certify final results.

Anna Oakes and Jamie Shell contributed reporting to this story.