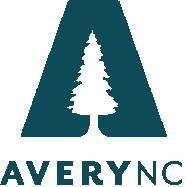 Marion Dixon of Audio/Video Enterprises ended his involvement with the community building project during the board’s July 27 meeting after learning that the project manager had sought a second opinion on the price of audio equipment and following a number of questions from county commissioners. 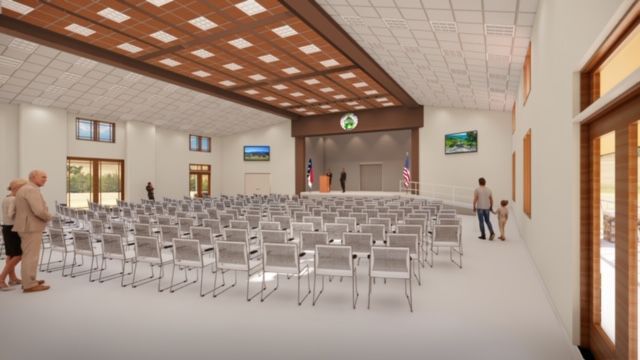 A rendering of the community building project provided by Boomerang Design.

Marion Dixon of Audio/Video Enterprises ended his involvement with the community building project during the board’s July 27 meeting after learning that the project manager had sought a second opinion on the price of audio equipment and following a number of questions from county commissioners.

A rendering of the community building project provided by Boomerang Design.

NEWLAND — The Avery County Board of Commissioners held a special meeting at the Agricultural Extension Office on Monday, July 27, to discuss the ongoing progress with the construction of the community building.

Rob Johnson and Pierre Henwood of Boomerang Design updated the commissioners on improvements and technical changes being made to the project. The building is expected to hold a capacity of 200 to 280 people and include an indoor and outdoor stage. The commissioners approved a series of design and technical changes to the project, encompassing the building’s ceiling, blinds, stage, paint and other materials.

Henwood submitted two proposals to the commissioners, one at $50,000 and the other at $30,700. The second proposal included multimedia presentation capabilities with the capability to be expanded at a later date, according to Henwood. The systems also includes the ability for someone to come in with their own equipment to supplement it.

Marion Dixon of Audio/Video Enterprises referred to the setup as a functional system short of live band capabilities. However, a live band would be able to bring in their own equipment and sound engineer. The commissioners had previously agreed on a budget line item of $30,000 to fund the audio and video equipment for the project.

“Basically, we had to trim $20,000 off of it and still come in here with something that we wouldn’t be ashamed of, that would be functional, that would be easy for the support people here in the county to turn on and that would be reliable,” Dixon said.

Dixon and the county commissioners failed to come to an agreement, however. After commissioner Dennis Aldridge posed a number of questions to Dixon on the reliability and affordability of the equipment, Dixon abruptly stormed out of the meeting and told the board to “go find somebody else." Johnson had previously consulted with another sound engineer before contracting with Dixon.

“We understood that expectations were a lot higher than what we thought it was going to be, so we wanted to bring him on board and that was approved. He has offered value to this project and has demonstrated multiple scenarios,” Johnson said of the consultant.

The commissioners, Agricultural Extension Director Jerry Moody and Johnson floated the names of different individuals and companies to come in and possibly contract with the county to install the audio and video equipment. Commissioner Tim Phillips and Aldridge agreed that the $30,000 price estimate was too much for what the county was asking for.

“I did some looking around, and there’s other alternatives that will fit the bill for what we want to do that are cheaper,” Aldridge said.

“You get what you pay for,” Phillips added. “I do not want to put money into something that doesn’t work, and if it’s going to take $25,000 to $30,000, then that’s fine. But if there’s an alternative that meets the requirements and does the job cheaper, then I’m going to look at that too. But we need to figure it out.”

The commissioners are looking at adding meeting and presentation capabilities to the community building, with capability to host the occasional workshop or trade show. The commissioners and the project manager are now in the process of searching for another audio and video installer to contract with for the project.

See the truth about mail-in voting

Pop star interviews seniors who have never heard of her