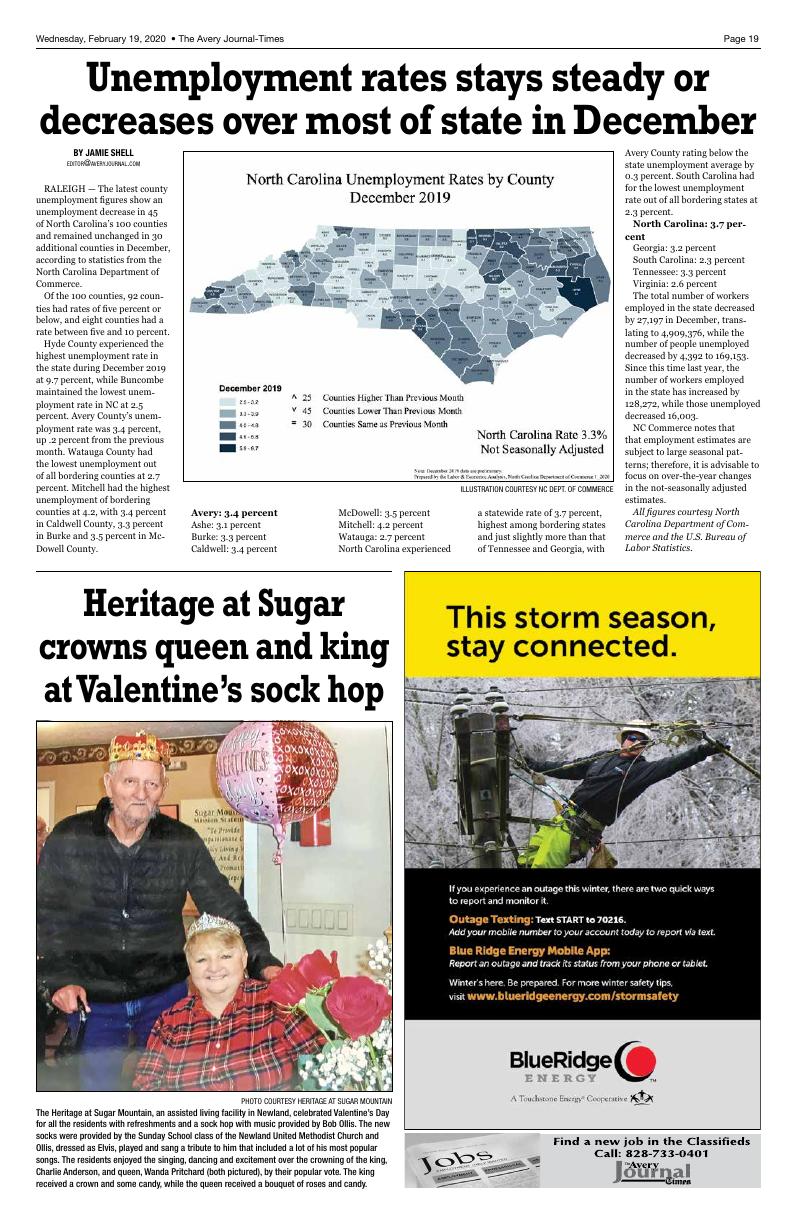 News
Unemployment rates stays steady or decreases over most of state in December
By Jamie Shell editor@averyjournal.com
02.12.20

RALEIGH — The latest county unemployment figures show an unemployment decrease in 45 of North Carolina’s 100 counties and remained unchanged in 30 additional counties in December, according to statistics from the North Carolina Department of Commerce.

Of the 100 counties, 92 counties had rates of five percent or below, and eight counties had a rate between five and 10 percent.

NC Commerce notes that that employment estimates are subject to large seasonal patterns; therefore, it is advisable to focus on over-the-year changes in the not-seasonally adjusted estimates.

All figures courtesy North Carolina Department of Commerce and the U.S. Bureau of Labor Statistics. 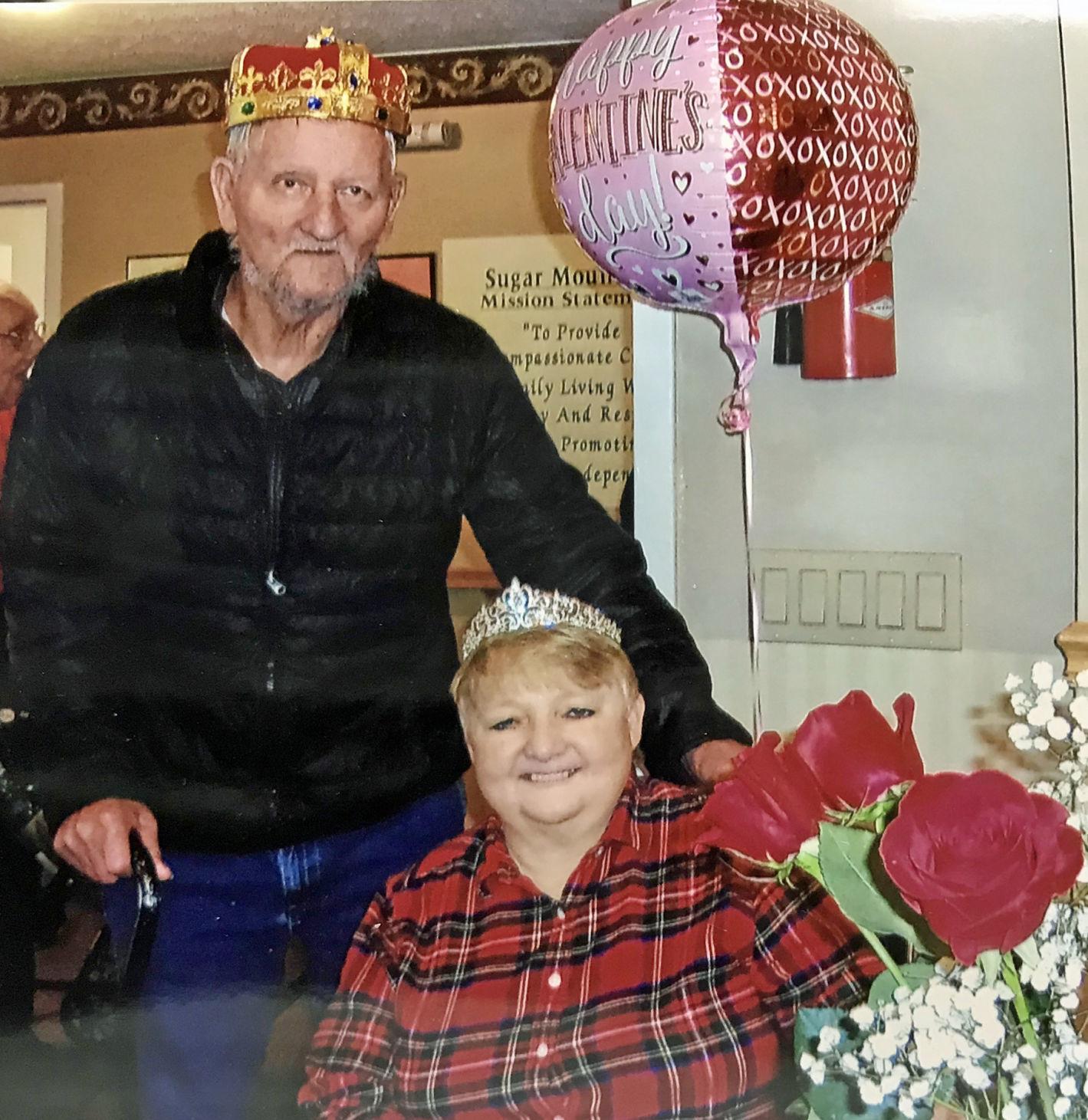 The Heritage at Sugar Mountain, an assisted living facility in Newland, celebrated Valentine’s Day for all the residents with refreshments and a sock hop with music provided by Bob Ollis. The new socks were provided by the Sunday School class of the Newland United Methodist Church and Ollis, dressed as Elvis, played and sang a tribute to him that included a lot of his most popular songs. The residents enjoyed the singing, dancing and excitement over the crowning of the king, Charlie Anderson, and queen, Wanda Pritchard (both pictured), by their popular vote. The king received a crown and some candy, while the queen received a bouquet of roses and candy. 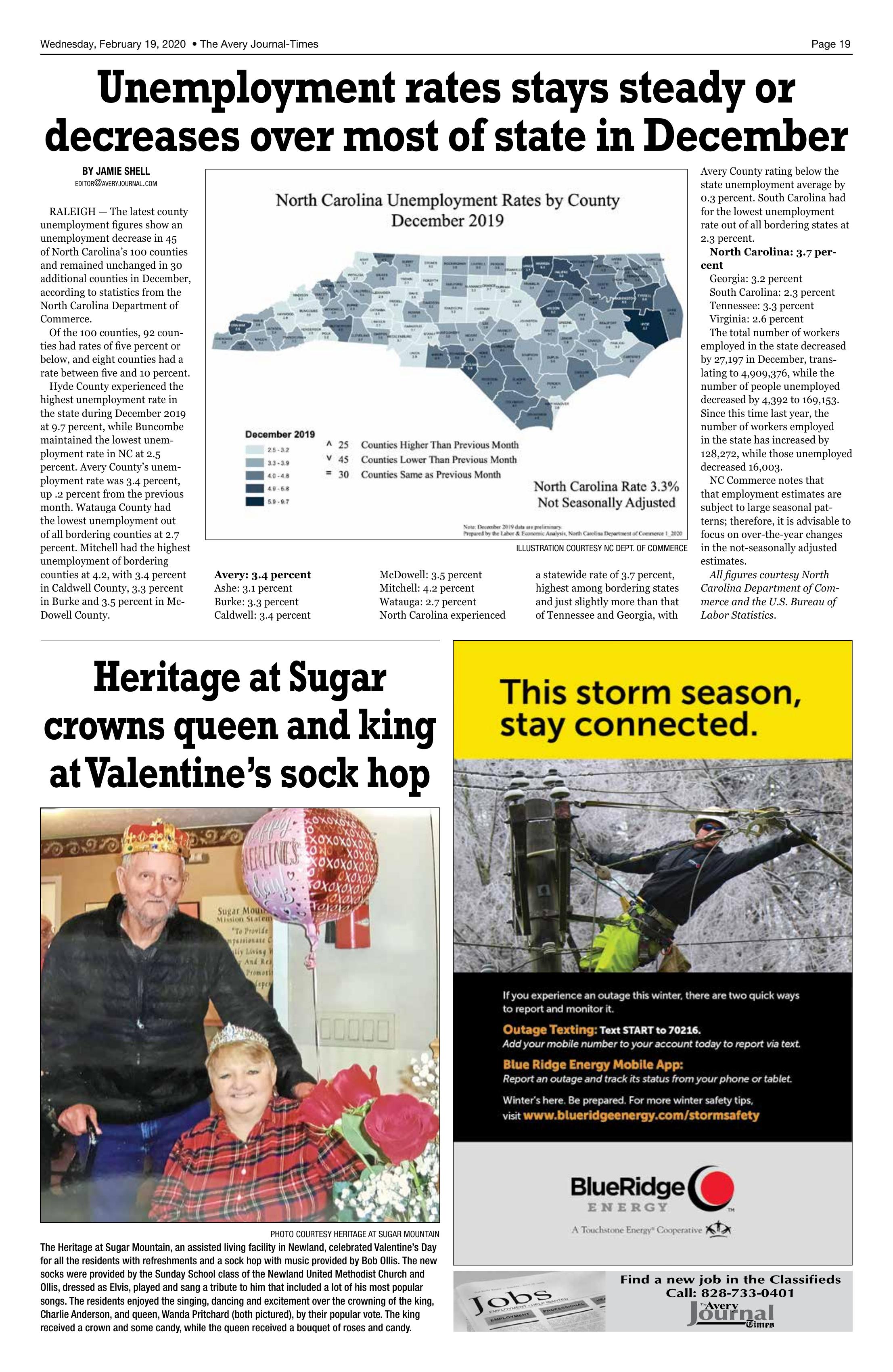