The Town of Banner Elk has canceled its Art On The Green Memorial Day show in order to comply with COVID-19 safety guidelines. Future summer shows and Fourth of July festivities have yet to be decided on. 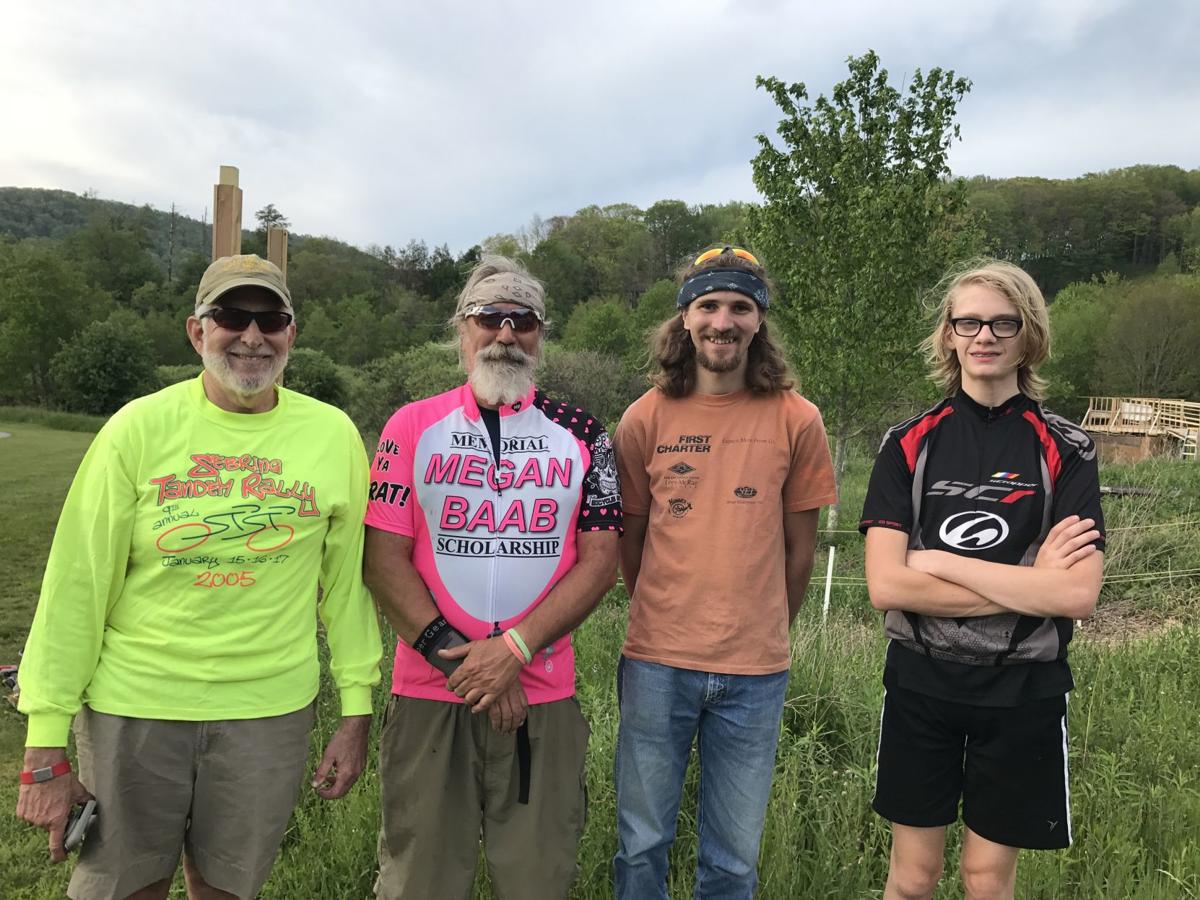 Pictured from left to right are Ted Silver, Doug Owen, Matthew Owen and Zachary Clark, participants during a previous Ride of Silence event. This year the event is being modified to account for social distancing guidelines during the ongoing global pandemic.

The Town of Banner Elk has canceled its Art On The Green Memorial Day show in order to comply with COVID-19 safety guidelines. Future summer shows and Fourth of July festivities have yet to be decided on.

Pictured from left to right are Ted Silver, Doug Owen, Matthew Owen and Zachary Clark, participants during a previous Ride of Silence event. This year the event is being modified to account for social distancing guidelines during the ongoing global pandemic.

BANNER ELK — During the Town of Banner Elk’s monthly meeting on Monday, May 11, board members recognized the International Ride of Silence, which will be commemorated at 7 p.m. on Wednesday, May 20, in Banner Elk.

This is the fifth year the International Ride of Silence has been held consecutively in Banner Elk. A “ghost bike” will be placed at the Corner on Main to commemorate bicyclists who have been killed or injured. The town noted that it wanted to remember individuals from the community as part of the memorial, including Lees-McRae students Carla Swart and Megan Baab, Dr. Erik Lie-Nielsen, Dr. Jerry Luck, Ignaciao Giraldo, Cresencio Colon and Charlie Robinson.

Ted Silver, Chairman of the Bicycle/Pedestrian Advisory Committee, requested the town adopt the proclamation. Board member Robert Tufts made the motion, and the board approved it unanimously.

“This is a testament to you and your community of cyclists banding together at making the road safer for the all cyclists locally, as you silently remember family and friends we’ve lost, or who have been injured in collisions with motor vehicles,” Ride of Silence Founder Chris Phelan wrote in a letter to Doug Owen, Ride of Silence organizer for Banner Elk.

Council approved a zoning request, which will allow the location of the now-vacant Mexican restaurant Los Arcoiris to operate as a duplex. The location would be rezoned as an R-2 property, allowing the site to support multi-family residency much like the rest of its surrounding neighborhood. The board approved rezoning application unanimously.

Board members approved the tax release of $194.06 to Flat Top Brewing. The county accidentally double-billed the business, mistaking Kettle Beerworks as a separate establishment.

Town Manager Rick Owen held an open discussion on the COVID-19 pandemic and gave updates to the council on local efforts to prevent the spread of the virus. Owen conveyed that North Carolina had entered into phase one of its reopening strategy, Avery County had repealed its 14-day quarantine, the county has allowed short-term rentals to open at 50-percent capacity and the health department held a drive-through testing event on Thursday, May 7.

Owen said that the county was pleased with the turnout, and that it is the governor’s goal to test a higher percentage of the state. Owen also mentioned to the council that it can expect the county to hold another drive-through test or to establish a testing site.

In other business, the Banner Elk Police Department remains active and visible in the community. As well, Town of Banner Elk employees are continuing to social distance in their offices, and the Banner Elk Greenway will continue to stay open. Greenway restrooms and playgrounds will remain closed.

“It is not my intention to do anything differently in phase one,” Owen said.

Restaurants in Banner Elk are still not allowed to serve customers at any outside seating. A coffee shop outside of Banner Elk had been asked to remove outside tables by the health department, according to Owen.

The Town of Banner Elk will begin testing its water system later in the month. Owen noted that the town will contact neighborhoods before their water system is tested. Owen said that homeowners can expect to see discolored water as high-pressured water is pushed through the pipes.

Council also scheduled a budget workshop for 2 p.m. on May 25. The board will hold a public hearing on the proposed budget at the next board meeting on June 8.

The Art On The Greene Memorial Day Show has been canceled. The town is waiting to make a decision on its Fourth of July festivities, as well as future summer shows. Council is also waiting to make any decisions related to the annual charity golf tournament.

The last item discussed was the Avery Moves event, which will be hosted by the Williams YMCA on Saturday, May 16. Avery Moves is a virtual race in which participants can walk, run or bike in their home or outdoors. Money raised through the event is split evenly among Avery County Schools, Feeding Avery Families, Cannon Memorial Hospital, Avery County Senior Center and Williams YMCA of Avery County. To get involved, click to ymcaavery.org/get-involved/donate. Registration requires a minimum donation of $10.

The next regular monthly meeting of Banner Elk Town Council will take place at 6 p.m. on Monday, June 8.