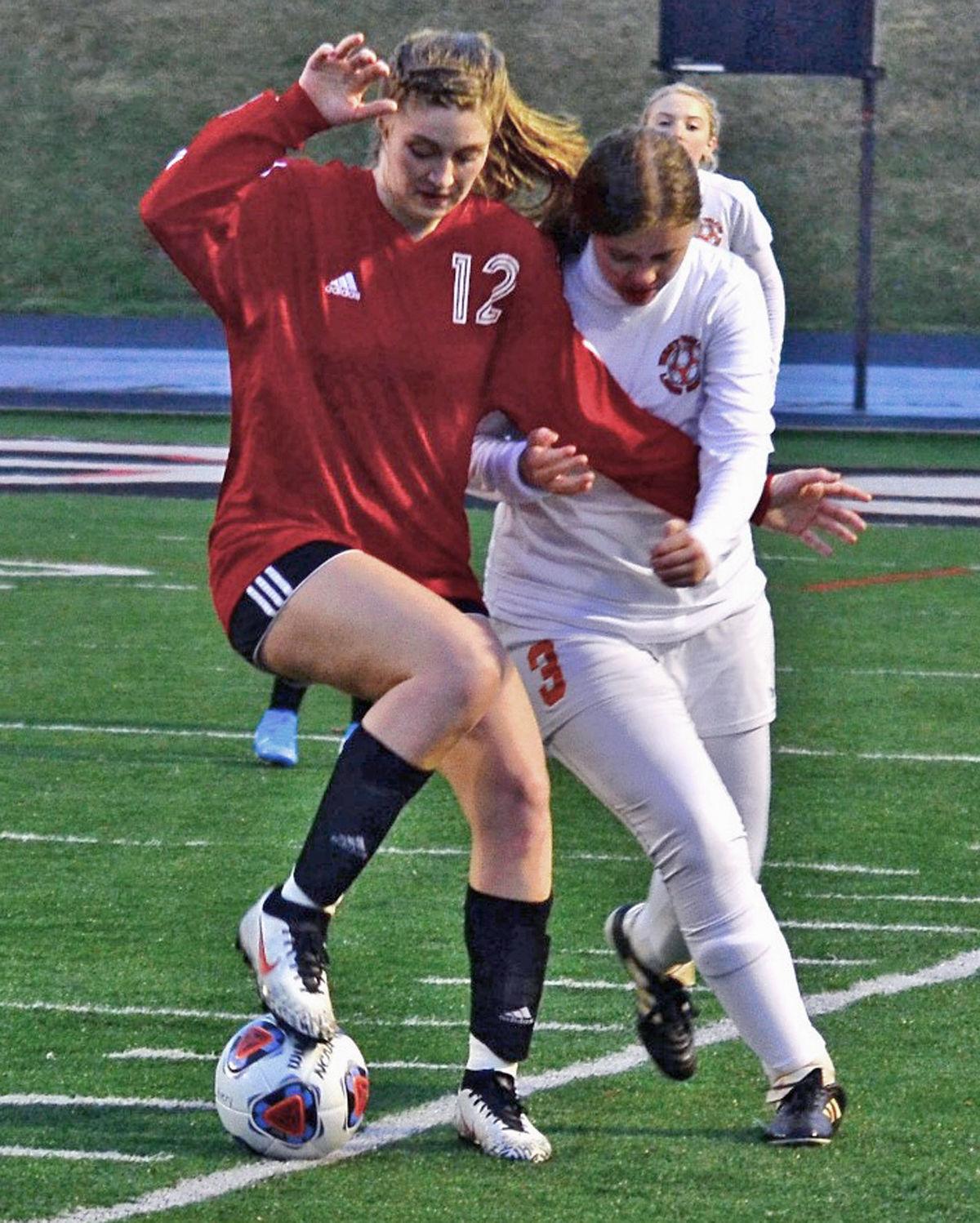 Avery junior soccer player Reagan Hughes controls a ball against a West Wilkes opponent in the Lady Vikings’ last match on March 10, the team’s final match prior to the NCHSAA’s statewide suspension of spring sports activities.

Avery junior soccer player Reagan Hughes controls a ball against a West Wilkes opponent in the Lady Vikings’ last match on March 10, the team’s final match prior to the NCHSAA’s statewide suspension of spring sports activities.

RALEIGH — North Carolina Gov. Roy Cooper announced March 23 that all public schools will be closed through at least May 15.

“What we would have to do is to delve into what that mandate is,” Tucker said March 13 in a statewide conference call with media. “If he says ‘All school is canceled,’ does that mean all school and all school extra-curricular activities which would include intra-school athletics? We would have to have an understanding what was meant by then.”

Athletics from the professional, collegiate and prep levels have been suspended or canceled nationwide. Major events such as the NCAA men’s and women’s basketball tournament championships, the Masters golf tournament and the NBA season were all shut down because of COVID-19.

The current suspension of athletics included the state boys’ and girls’ basketball championships. Freedom’s boys’ basketball team from neighboring Burke County was to play in the 3A state title game, but that game was suspended indefinitely. Tucker did not know if it would be rescheduled.

One possible solution to the problem is not to play the game, but instead declare a western champion and an eastern champion. That method of declaring football state champions was used when the WNCHSAA was in existence from 1930 until its dissolution in 1977.

“The decision we made to postpone the state basketball championships was not one that we took lightly,” Tucker said in an opening statement. “It only came after we felt we had exhausted all other options, recognizing the gravity of the certainty of the threat we all face. The decision was made through consultation with our directors, the host facilities and their administrators.”

Sports programs will also not be allowed to practice or have coaches work with athletes on skill improvement until May 18, although that date is still fluid. Tucker said some programs may gain an advantage over others that may not be able to hold practice sessions during that time.

She also said allowing sports teams to practice but shutting down other activities such as theater rehearsals, choir practice and not allowing groups of students to take field trips would not be fair to those students.

“We finally got to a point where we said, ‘Look, we need to go all in with this,’” Tucker said. “These athletes are, even though they are outdoors, many will congregate in their locker rooms. That social distancing sometimes is not possible in a locker room. So, we just made the decision that we’re going to just stop it all.”

Tucker noted that the NCHSAA had addressed the situation several weeks ago, but the discussions intensified around March 11.

The NCHSAA released a statement from Tucker on the latest announcement of extended inactivity from the governor, stating:

“Having heard the updated information relative to schools remaining closed until the middle of May, NCHSAA interscholastic athletics will remain suspended until at least May 18. The NCHSAA Board of Directors and staff will use the next few weeks to weigh our future decisions based on the new directions given by Governor Cooper, other government leaders, and organizations charged with public health and safety during this unprecedented time. Such decisions will include the possible resumption of spring sports’ competition and the possibility of holding the state basketball championships. While we remain hopeful that we will be able to resume competition, particularly for our senior student-athletes, we also recognize the need to protect the health and safety of our students, coaches and the communities we serve.”

Spring Into A New Home With Maxm Realty!