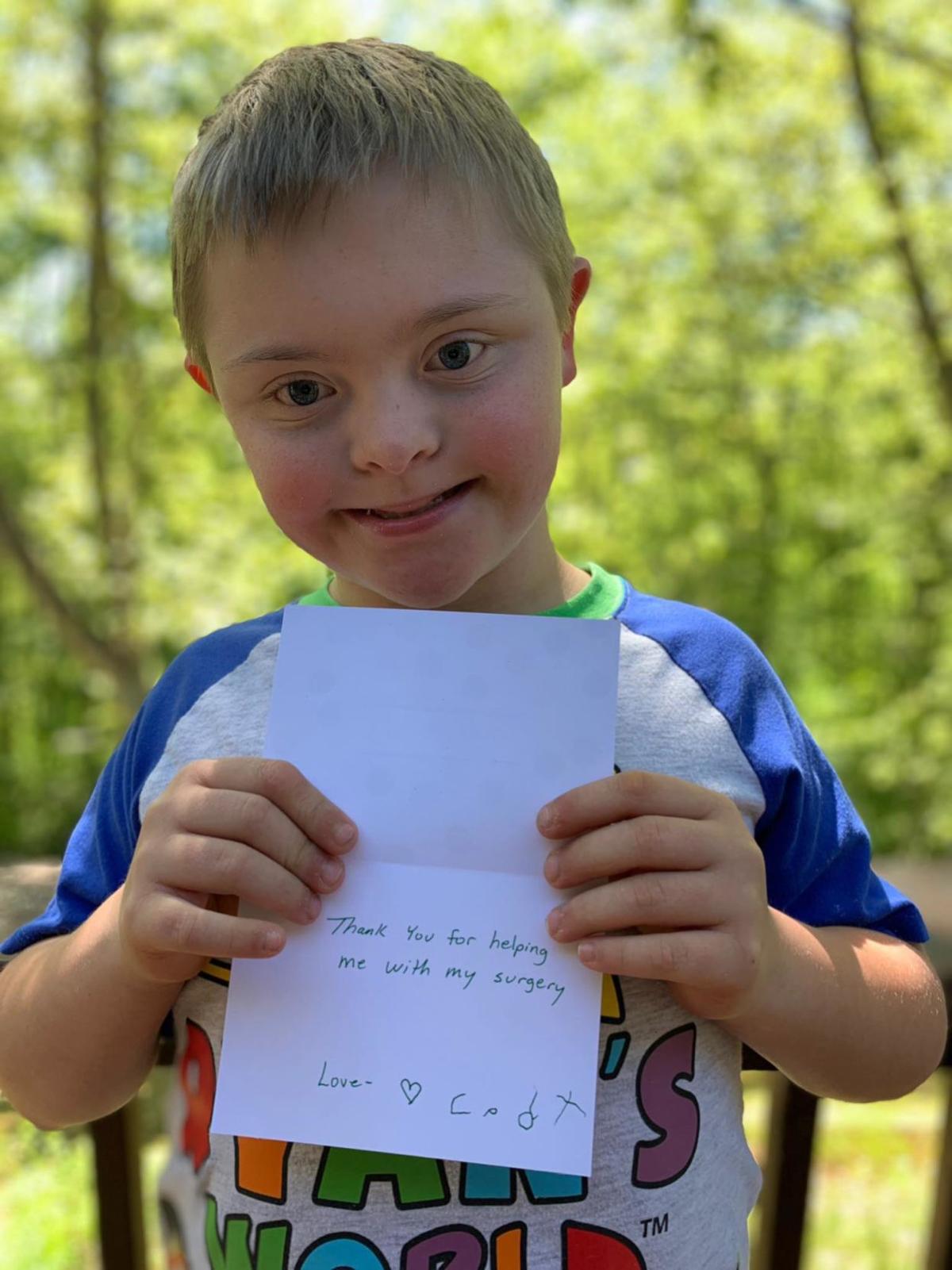 Cody Buchanan had his most recent heart surgery on June 3, and the community has chipped in to help Cody’s family with expenses related to travel and lodging. 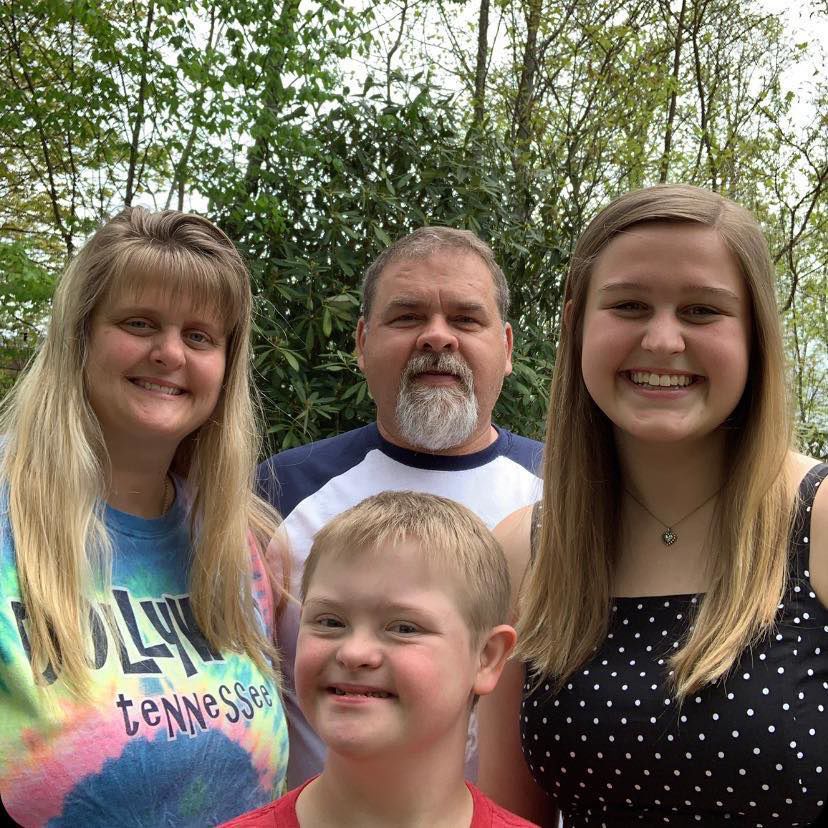 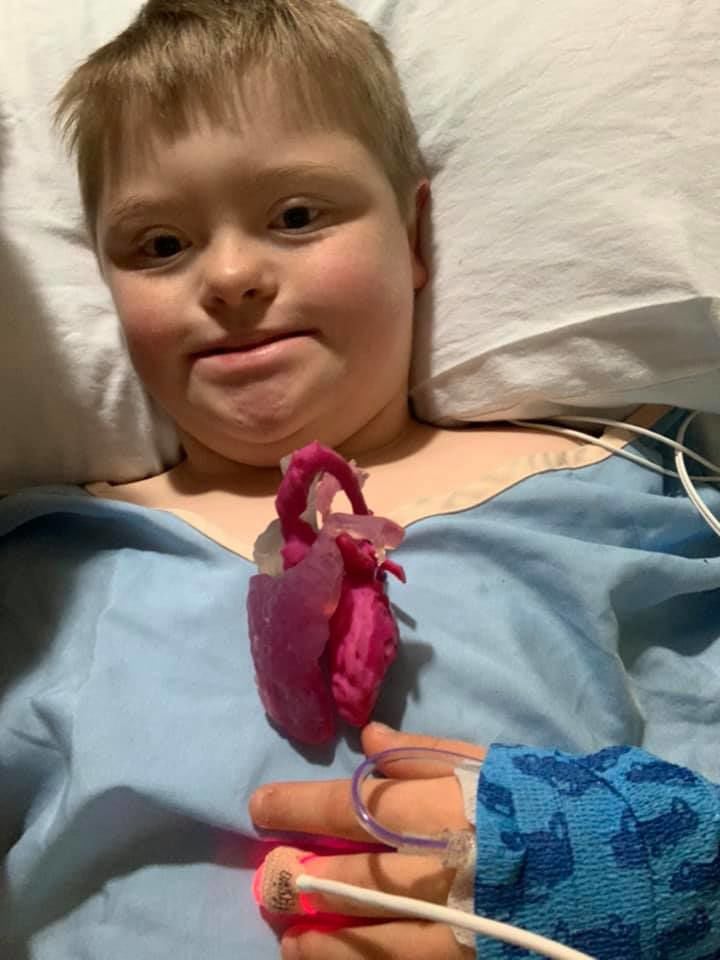 Cody lies in a hospital bed with a 3D print-out of his heart.

Cody Buchanan had his most recent heart surgery on June 3, and the community has chipped in to help Cody’s family with expenses related to travel and lodging.

Cody lies in a hospital bed with a 3D print-out of his heart.

Like other boys his age, Cody Buchanan is quick to crack a smile. In fact, it is one of Cody’s most endearing qualities according to those around the community who interact with Cody on a daily basis.

Cody is loved by his classmates and fellow students at Newland Elementary School. Cody, 11, prefers hugs over handshakes, as well as cracking up his fellow fifth graders. Newland Elementary’s Principal Monet Samuelson says that Cody is very much a comedian.

“Cody is like a rock star at the school. Everybody knows Cody. When they see him in the hall, all the kids want to say ‘Hi’ to him and give him a high five. He’s very, very popular,” Samuelson said.

Cody is a lot like many children his age, in more ways than one. Moreover, who doesn’t remember a point in their own childhood in which they had an illogical obsession with a toy, TV show, movie or musical number that was played on “repeat.” For Cody, one of his favorite things is “The Wizard of Oz,” in particular the Tin Man, and Cody can repeat the Tin Man’s introductory scene in the movie by heart.

Cody’s teacher, Cassie Hoge, will play the movie on the multimedia board in Cody’s classroom. Cody will then stand in front of the board with his back turned to it and repeat the exact moves to the music that the Tin Man performs, because Cody has memorized every motion. One year, Cody dressed up as the Tin Man for Halloween, and there is even a small Tin Man on his family’s porch that was made by Yellow Mountain Enterprises.

According to the National Down’s Syndrome Society, approximately half of all infants born with Down’s syndrome have a condition related to the heart. In Cody’s case, he was born with a condition known as double outlet right ventricle, which is a rare congenital heart defect that circulates oxygen-poor blood throughout the body due to the heart’s two major arteries being connected to the right ventricle, or the chamber that pumps blood to the arteries.

Cody had his first two open heart surgeries before he was a year old, and spent the first two years of his life on a feeding tube. On June 3, Cody had his most recent surgery in which doctors placed a stent in his pulmonary artery. Since returning home, Cody has already gone back to being his normal, fun-loving self. However, Cody will need further procedures in the future as his body continues to grow.

“He didn’t have but three chambers when he was born, two on the top and one big one on the bottom. They had to go into his heart and build a wall, and when they did, the pulmonary valve was deformed. They had to cut it out, and where they cut it out it stretched [one of the vessels], and the next time they’re going have to go in and put a valve in,” Tim said.

“After they get that one in, they’re saying [the stent] lasts around 10 years,” Kim said. “In the spring, we’re going to go for an MRI to compare with the last MRI. If his heart has started to enlarge then they’re going to go ahead and do the valve replacement. It will definitely have to happen, just when is the question.”

Fortunately, Cody has successfully recovered from his surgery. Tim said that Cody is stable, but the family remains cautious in the event that something flares up.

During the family’s recent trip to Levine Children’s Hospital in Charlotte, the family had to stay in a hotel since the services offered by the Ronald McDonald House were unavailable to the COVID-19 pandemic. While the Ronald McDonald House offers comforts by letting families stay in a communal setting while their children are being treated at nearby hospitals, Cody’s ultimate source of comfort, his sister, was unable to make the trip due to visitor limitations set by the hospital.

“She had to stay here and just rely on texts to check on him, and that was hard for him. He couldn’t understand why she couldn’t be with him. That’s his favorite person in the world,” Kim said.

Brook attends the University of North Carolina at Chapel Hill where she is studying media and journalism.

In order to help the family with the expenses related to travel and lodging, Lynn Bailey, Cody’s occupational therapist at Newland Elementary, began distributing red wrist bands with the words “Cody’s Heart” imprinted on the side. The wristbands are available at Newland Elementary Monday through Thursday in exchange for a donation.

“Lynn’s the one that headed the whole thing up. She’s been real persistent, checking on him, wanting to know how he’s doing and what the doctor’s saying,” Kim said.

The school has also set up a PayPal account to help collect funds through the family. After a report on Cody and his family premiered locally on television on June 11, the school received a sizable donation from a woman residing in Charlotte. So far, the school system has raised at least $2,000. Those interested can donate by clicking to paypal.me/newlandelementarypto.

While the money certainly helps, it cannot replace the support from the community that the Buchanans have received. The support from the elementary school has been invaluable, and Cody cannot wait to go back and see his friends and his teachers in the fall.

To say that Cody and his family have been through a lot would be an understatement, but the Buchanans would not change Cody for the world.