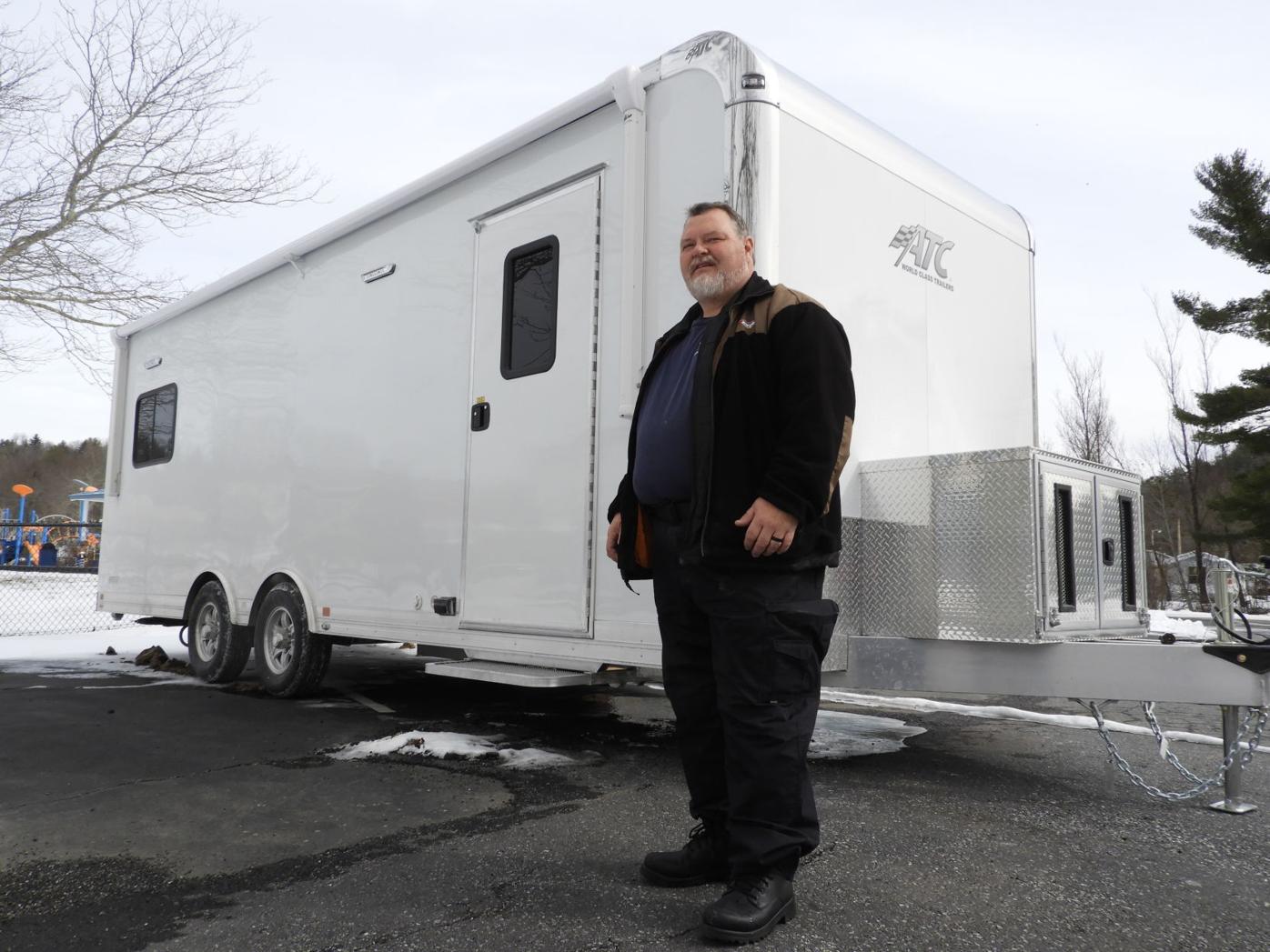 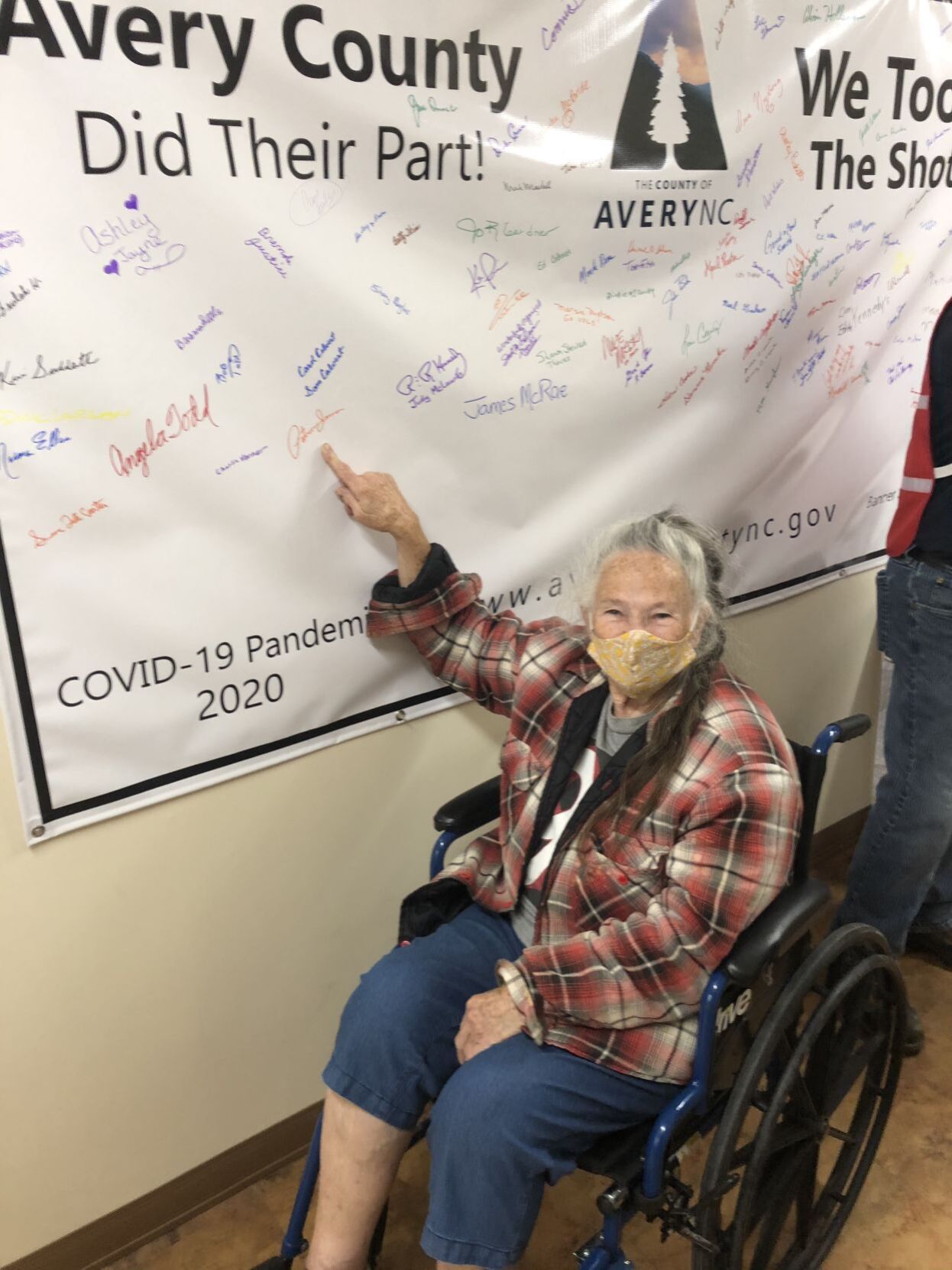 Patricia Jarmen was proud to receive her second shot of the COVID-19 vaccine on Tuesday, Feb. 8.

Patricia Jarmen was proud to receive her second shot of the COVID-19 vaccine on Tuesday, Feb. 8.

AVERY COUNTY — Thanks to the arrival of two mobile response units, Avery County is prepared to take the fight against COVID-19 out into the community by rolling out the two units and setting up mobile vaccination clinics where they are needed.

The two units arrive as the county initiates its administration of second dose vaccines for those who are 75 years of age and older from Feb. 9 to 12. No appointment is needed for the second dose, and patients only have to show up as stated on the paperwork they received when they got the first dose.

Moreover, appointments are required for first-dose vaccines, and patients can call (828) 733-8273 on Mondays from 9 to 11 a.m. to make an appointment. First dose are being held for those 65 years of age and older this week from Feb. 8 to 12. The county reminds folks to bring their insurance cards, wear appropriate clothing for ease of access to the upper arm and to wear their masks, which are required.

Initially, the two trailers will be utilized to go out into the community and vaccinate Avery residents. As the state moves forwards with its vaccination phases, Avery County will be setting up the trailers at important sites for ease of access, so that the vaccines will come to those who need it.

“One of the trailers is designated strictly for the health department. It’s going to be our vaccination and immunization trailer where they can actually go out and do vaccinations now and do them when teachers need their vaccines. We can go to Riverside Elementary or the high school and do them. Later on when Covid is over with, we can send the trailers out for flu shots and take them down to Carey’s Flat, Ingalls, Riverside or somewhere like that,” Avery County Fire Marshal Paul Buchanan said.

The second trailer is currently prioritized to be the county’s second mobile vaccination unit, but in the future the trailer will become the county emergency services department’s new mobile command unit.

“Anything that is going on at the vaccination site goes through that mobile command unit first. Anything that the vaccination people need, it goes through command, even if it’s as simple as getting lunch for them,” Buchanan said. “After Covid is over with, it will become our mobile command center, like when we have incidents at Elk River Falls. We have been deployed down there for seven straight days at one time.”

The county first ordered the two units back in mid-November but experienced delays due to MO GreatDane, the company that built trailers, was experiencing a backlog in air conditioning and heating units due to the pandemic. Now that the county has received the trailers and are ready for their utilization, however, the county has run into another problem: the lack of vaccines.

However, after a brief period in which the county received zero shipments of the vaccine, it then received approximately 200 first doses, and the county received a similar allotment for this week. According to Moderna, the company has supplied more than 30 million doses of the vaccine to the federal government as of Jan. 26, and remains on track to deliver 100 million doses by the end of the first quarter of the year, with 200 million doses scheduled to be produced by the end of the second quarter. As of Feb. 8, the state has received 1,097,475 first doses and 603,550 second doses from the federal government.

Despite rampant product of the vaccine, the state has decided to hold mass vaccination clinics at Bank of America Stadium and Lowes Motor Speedway in Charlotte instead of allocating these vaccines to health departments across the state. The reason given by NCDHHS Secretary Mandy Cohen was to improve the rate at which distributed vaccines have been administered.

Currently, North Carolina is 24th in the country in the percentage of distributed vaccine doses that have been administered at 74.17 percent, with a total of 1,718,275 doses having been distributed and 1,274,361 doses having been administered, according to the Centers for Disease Control. In previous press conferences, Cohen has stated that the federal government will penalize states that do not administer enough vaccines out of the shipments that are allotted.

Buchanan expects that county’s mobile vaccination operation will be under way within two weeks. However, the success of the initiative largely depends on how many vaccines the county receives and when the state plans on increasing the county’s allotment.

“We’re limited,” Buchanan said. “If we’re going to go to Carey’s Flat, I want to be able to vaccinate 100 people. Whether we can or not, that’s a different story. We could roll this thing out tomorrow, but we don’t have the vaccines to give. We want to exceed expectations, but the state is limiting us on exceeding expectations. If they give us (the vaccine), we’ll push it out.”