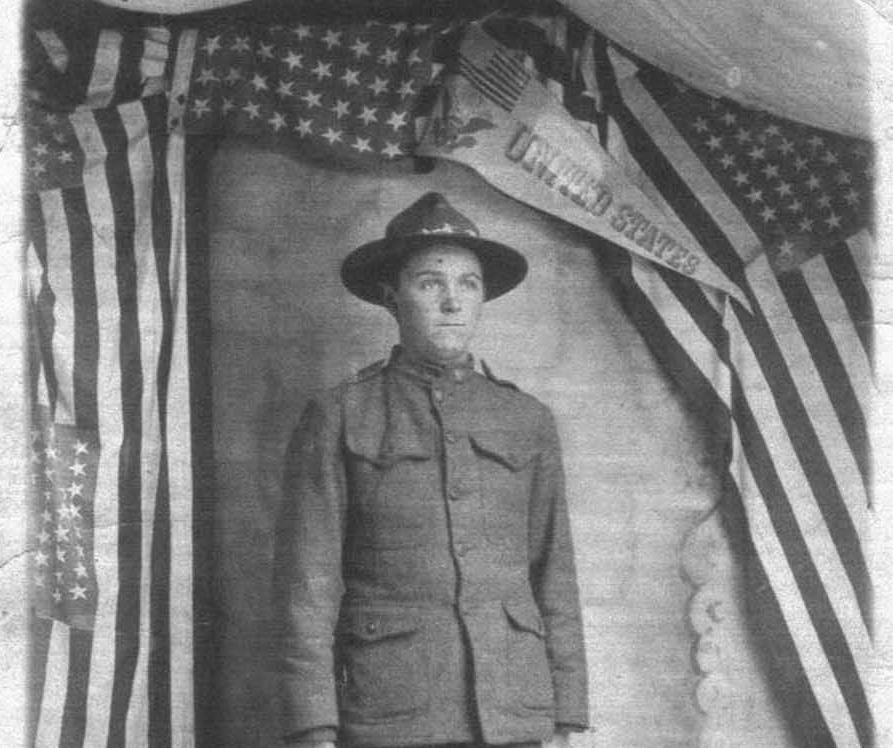 Elbert Stamey was wounded on Oct. 18. 1918, probably during part of the attempt to break the Hindenburg Line in the battle of St. Quentin Canal. 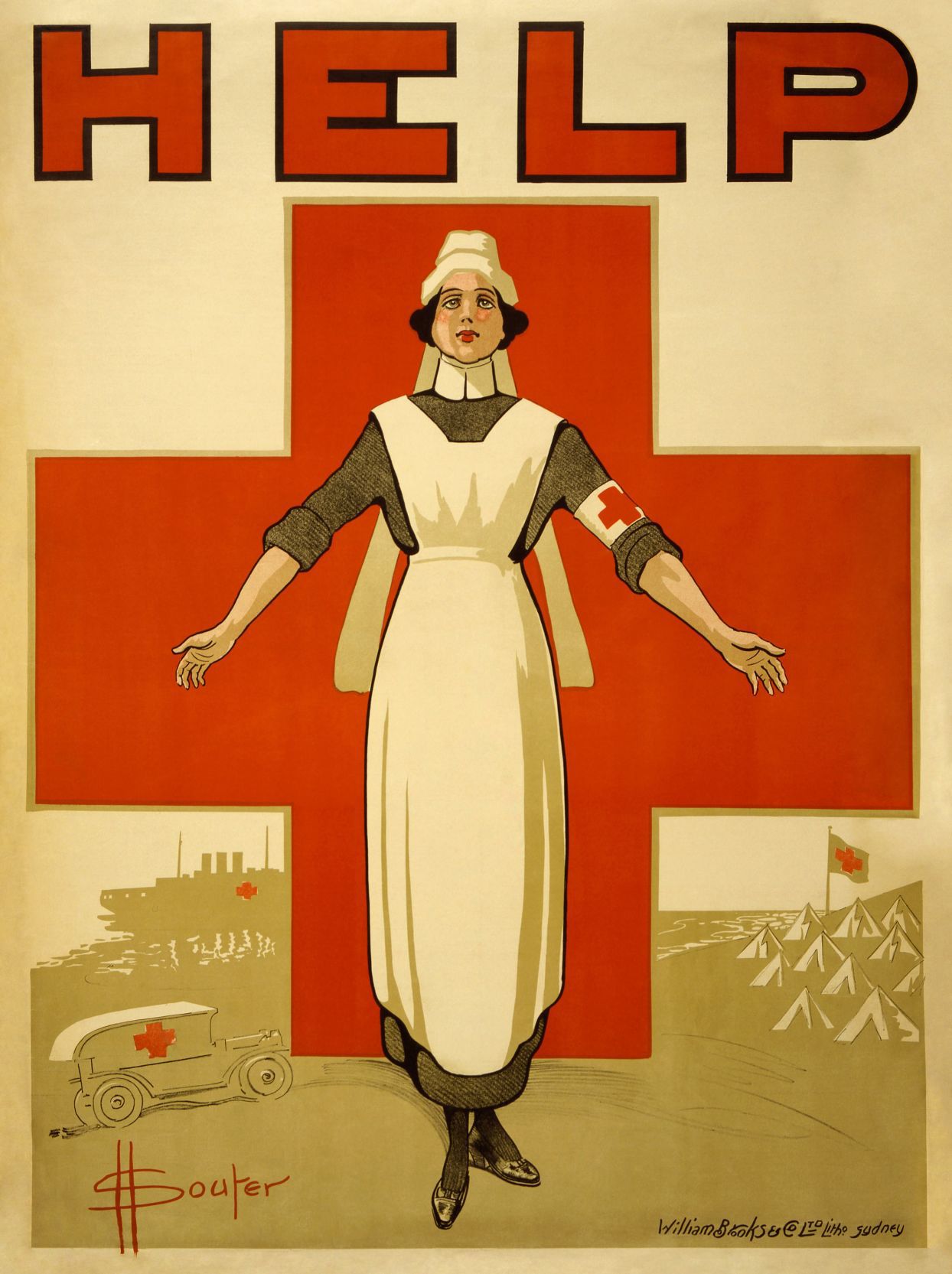 Hazel Patton, and her sister Bess, both served as nurses for the Red Cross. 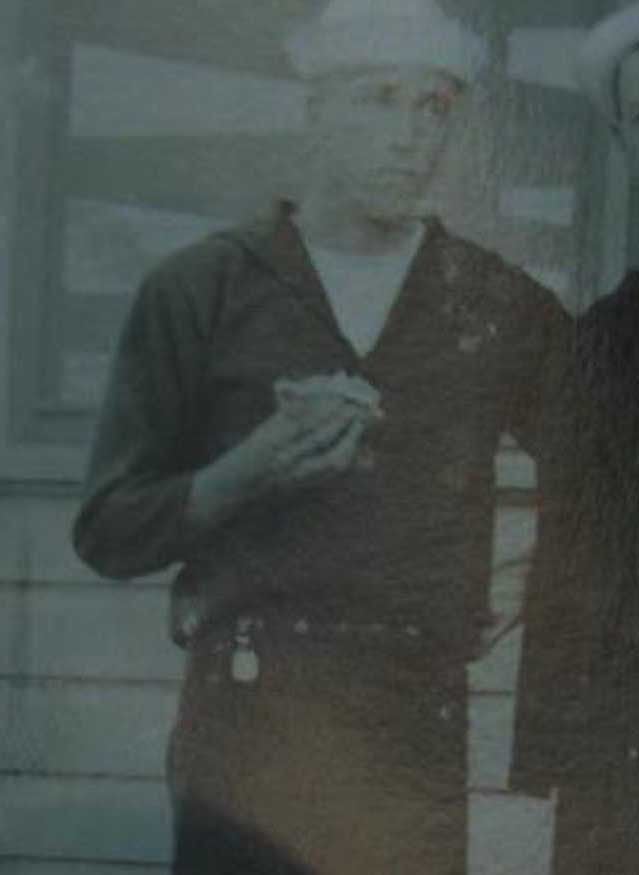 Vester Houston served in the United States Navy during World War I. 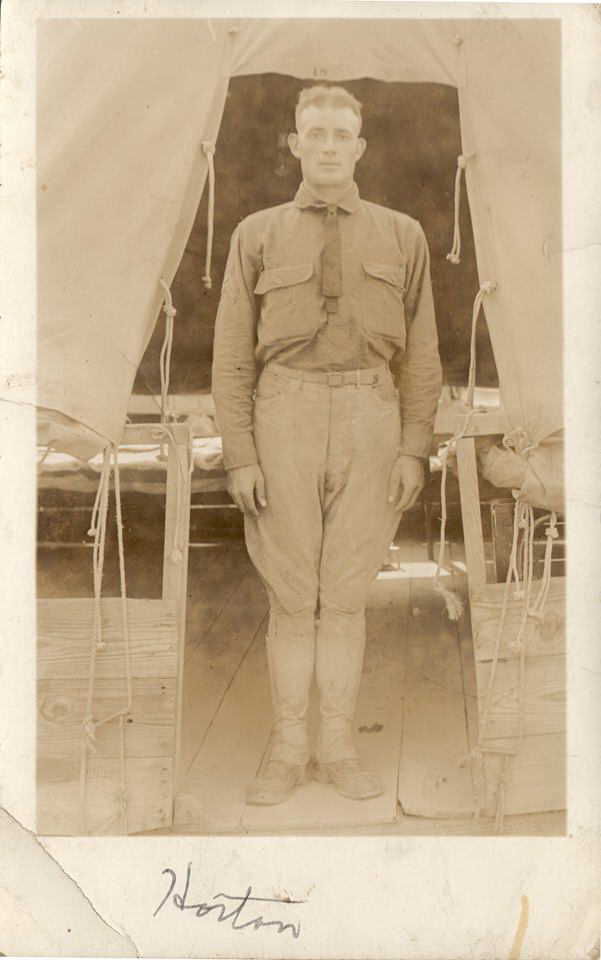 Elbert Stamey was wounded on Oct. 18. 1918, probably during part of the attempt to break the Hindenburg Line in the battle of St. Quentin Canal.

Hazel Patton, and her sister Bess, both served as nurses for the Red Cross.

Vester Houston served in the United States Navy during World War I.

One hundred years ago, on April 6, 1917, the United States entered the European War. The British referred to the conflict as the “Great War.” Commonly, it is known as the First World War.

Tensions had been brewing in Europe for some time when, on June 28, 1914, Archduke Franz Ferdinand of Austria, the heir to the Austro-Hungarian throne, along with his wife, Duchess Sophie, was assassinated in Sarajevo. By the end of July, Austria-Hungary had declared war on Serbia, and Germany, allied with Austria-Hungary, declared war on Russia. By the end of the next month, France, Belgium, Great Britain, Montenegro and Japan had also entered the fray.

At first, the United States declared a policy of neutrality, while at the same time supplied Great Britain and the other Allies with munitions of war. However, certain events, like the sinking of the Lusitania in 1915, coupled with the attacks by German submarines on United States ships, raised American ire. In addition, outrage of suspected German sabotage at the explosions of both the ammunition depot on Black Tom Island in New York Harbor and at the Kingsland munitions factory in New Jersey helped propel the United States into the war.

On April 6, 1917, the United States declared war on Germany, and by June 25, United States troops were entering France. By the end of the war, the U.S. had mobilized four million military personnel and suffered 110,000 deaths.

Avery County had a total of 343 local citizens who served in the armed forces during the war. A few, like Clarence Dugger, were already in the army when the war began. Clarence, the son of famed author Shepherd M. Dugger, enlisted in October 1913, and served in the 6th United States Cavalry. He rose to the rank of sergeant before being discharged to allow him to accept a commission in the 16th United States Cavalry in July 1917. Dugger rose to the rank of First Lieutenant before being discharged on Oct. 31, 1919.

Dugger never served overseas. Instead, he, and many others, provided vital operations to the Army that was fighting in Europe. Adam Benfield enlisted in Newland on Feb. 25, 1918. He was assigned to the 14th Provisional Regiment, Spruce Production Division. The Spruce Squadrons were largely stationed in Washington and Oregon, logging and doing construction work for the army.

Homer Wright, living in Minneapolis at the time of the war, was drafted on Aug. 25, 1918. He was assigned to the 156th Depot Brigade, probably a part of the 9th Training Battalion stationed at Camp Jackson. The war ended before Wright could be shipped overseas.

There were quite a few local men who did make it across the Atlantic Ocean to join in the conflict. Elbert E. Stamey enlisted in Newland on Oct. 2, 1917, and was assigned to Company B, 317th Machine Gun Battalion, 81st Division, and then later, Company F, 120th Infantry, 30th Infantry Division. The 30th infantry Division was known as the “Old Hickory” division, in honor of President Andrew Jackson.

The 30th Infantry Division was largely made up of men from North Carolina, South Carolina, Georgia, and Tennessee. Once in France, the 30th Division took part in several major operations, including the Somme offensive, and helped break the Hindenburg Line in the battle of St. Quentin Canal. From July through October 1918, the division lost 1,237 officers and men killed, and 7,178 wounded or missing. Stamey was one of those. He was reported as being slightly wounded on Oct. 18, 1918.

Luther Webb was also wounded. The Avery resident enlisted at Newland on Sept. 19, 1917 and was originally assigned to Company M, 321 Infantry Regiment, and then later, to the 120th Infantry Regiment. “We broke the Hindenberg Line Sept. 29, 1918,” Webb stated in an interview published in The Avery Journal in 1981. There was a tank leading the men, and when it stopped on the German line, Webb and the others charged. Corporal Webb was carrying a Lewis Machine Gun, and leading a squad of seven men, recalling “They were all killed but me and I was hit in the leg.”

Webb survived, stating that he put his helmet on the end of his bayonet so that others would know where he was. He spent the rest of the war in a hospital and was discharged on April 18, 1919.

Arthur Greene, Clifton Roark, and William Bennett all served in the 117th Infantry Regiment, 30th Infantry Division. All three enlisted in 1917. Their regiment was involved in heavy fighting in Brancourt-le-Grand and Premont. Local history has that an enemy artillery round struck close by the three on Oct. 7, 1918. Roark was killed, and Greene and Bennett died of wounds the next day.

Jesse Staton, a corporal in Company M, 321st infantry Regiment, was killed on Nov. 11, 1918, in an engagement at Gumancourt (or Guyancourt), a few moments before the armistice was signed. His remains were brought home and interred at the Cranberry Cemetery.

As with other conflicts, some soldiers died of disease. McDonald Franklin enlisted in July 1918, in the United States Navy. He was an apprentice seaman before contracting pneumonia and dying at the Naval Hospital in Hampton Roads, Va., on Oct. 4, 1918.

There were several members of Avery County’s small African-American community who also served during those troubled years. Hamp Jackson was inducted into the service in Newland on March 29, 1918, and was overseas from July 10, 1918, to Aug. 10, 1919. Jackson served in the 323rd Service Battalion. Willie Shade served in Company D, 330th Labor Battalion and then Company A, 422nd Labor Battalion, from April 1918 to March 1919, but was not overseas.

Floyd Mitchell, who was living in Plumtree when he enlisted, was an African-American and quite possibly one of the most decorated local soldiers from World War I. He enlisted in Charlotte on Oct. 3, 1916, and was assigned to the Headquarters of the Second Corps School, American Expeditionary Force, probably at Chatillon-de-Seine. The scant information on his service card tells that he was engaged at Ypres-Lns, Comme Offensive, and earned the Silver Star. Mitchell survived the war, and was discharged on April 18, 1919.

There are many, many more stories that deserve our attention, and maybe over the next few months, some of those stories will come to light. One additional story that needs to be uncovered is that of Hazel Patton. Horton Cooper tells us that she was a nurse during World War I. She apparently served in the Red Cross. Shortly after the war, she married Henry Weaver, but died three months later, and is buried in the Banner Cemetery in Elk Park. It would be amazing to discover her story, the story of what she witnessed during the Great War.

Luther Webb added in his interview that he felt he was fighting to “protect the people of the United States, the women and the children and I feel good about that.” Over the next year and a half, there will be several exhibits, like the one at the North Carolina Museum of History in Raleigh, and at our own Avery Museum, that attempt to tell the story of those brave men and women who willingly went and served, some at home and some overseas. Maybe in time, we can help preserve a few more of their stories for future generations.