Fair visitors enjoy an evening of rides, food and fun on Saturday, Sept. 11, at Heritage Park in Newland. 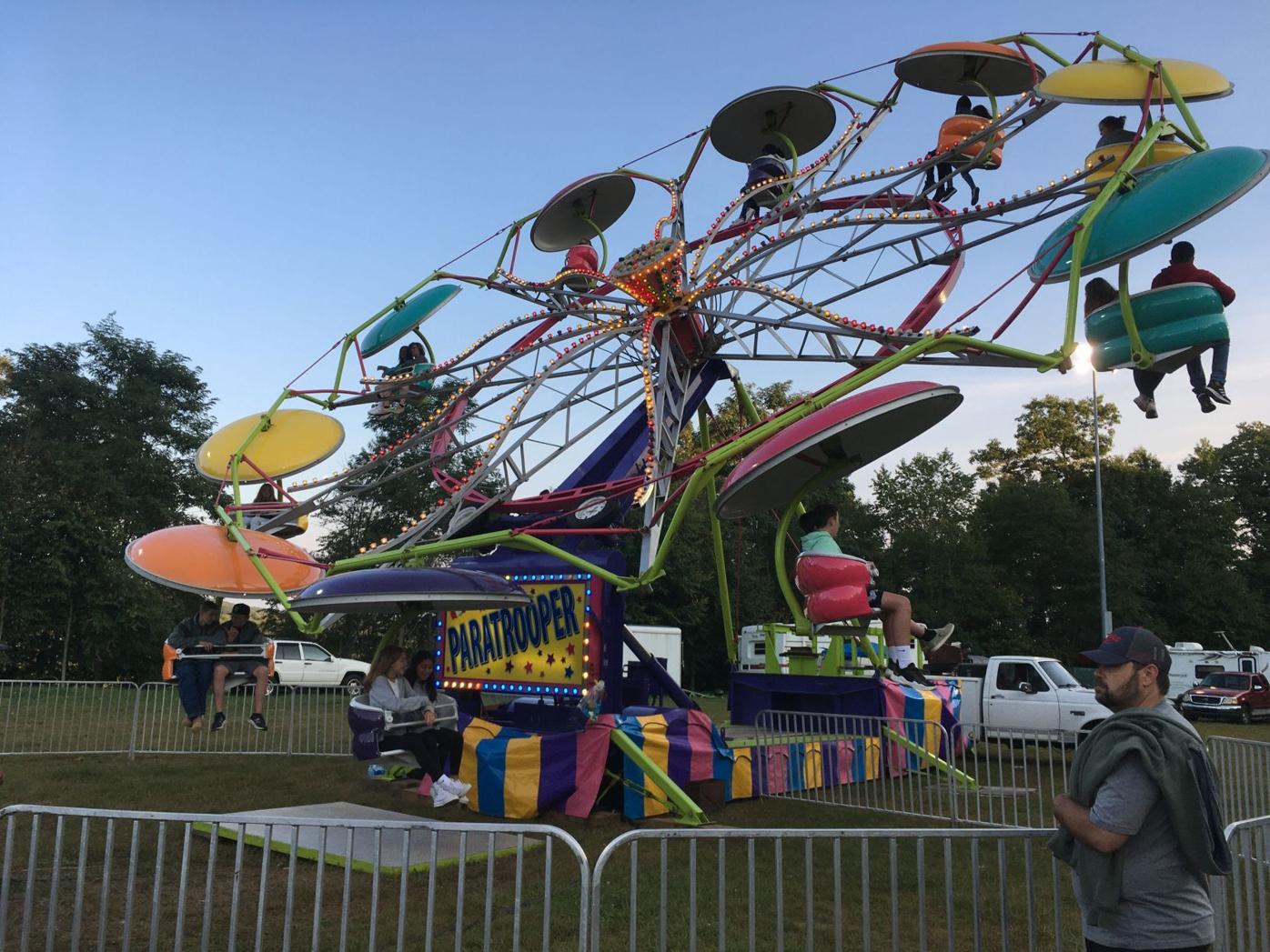 The fan-favorite Paratrooper ride maintained long lines and garnered a lot of use at this year’s Avery A&H Fair.

Fair visitors enjoy an evening of rides, food and fun on Saturday, Sept. 11, at Heritage Park in Newland.

The fan-favorite Paratrooper ride maintained long lines and garnered a lot of use at this year’s Avery A&H Fair.

NEWLAND – The Avery A&H Fair, which took place from Wednesday to Saturday, Sept. 8 to 11, at Heritage Park, proved to be a critical success, surpassing the previous attendance record set in 2019.

The year 2020 had marked the first official cancellation in the fair’s history, and 2021 provided an incredible rebound, totaling more than 7,500 visitors for the weekend.

Despite the recent concern of a Covid spike and the new Delta variant, the fair, which maintained all necessary protocols, provided an escape for children and adults hoping to exhibit smiles in the midst of difficult times.

Nikki Star, a 6-year game/ride clerk of the fair, explained “It’s a pretty good turnout,” but, “a little less busy, I think, because of Covid.”

The busiest night on the schedule was Saturday, Sept. 11, as long lines, full rides and a packed parking area were prevalent much of the evening. The amount of guests required the use of the auxiliary lot by the Ingles grocery story and a shuttle activity bus to transport patrons.

Aneda Johnson, fair parking attendant, noted that “at least two full busloads of guests,” along with a full Heritage Park parking lot, had taken up space prior to 5:30 p.m., further emphasizing how the fair staff worked to effectively manage a substantial guest count and a number of moving parts.

“We are over the moon for the turnout,” said BJ Beuttell, Avery County fair operations administrator who has been executing the last 28 fairs.

This year’s fair featured a pair of additions from the 2019 event: the new outdoor stage and a new indoor community center.

“We love the kids and community. The kids that were babies all those years ago are now volunteers for the fair,” Beuttell added.

The event, an earnest charitable effort, helps the community and vice versa.

“Any money we do make goes back to the community, whether in scholarships for kids or some other form,” Beuttell said.

Also featured during the fair was the Fairest of the Fair Pageant in different age categories, as well as the fair’s livestock tent that featured horses, cows, chickens and many of Old McDonald’s archetypal animals.

Attending the event were the youngest of children to grandparents and everything in between. Two fairgoers, alliterative teens Kaden Knight and Weston Woody, reported that this was their second time attending the fair, and both were in agreement that the hammer strike is their favorite game and the fried Oreos are their favorite fare.

“The first time we came it was better because there was less people,” the pair confided, alluding to the growing popularity of the event.

Another set of guests included multiple-time attendees George and Margaret Church who, in response to Covid, conveyed, “It’s a pretty good crowd. But as long as you’re outside, you’re pretty good.”

The fair fan favorites, as indicated by the lines, were the fair foods, hammer strike game, and the Paratrooper, a ride starring an angled, accelerated rotating ferris-type wheel. However, the utter celebrities of the night were the prized livestock animals.

Erik Selvey, who has attended the occasion between 10 and 15 times, said, “The animals are definitely my favorite, especially the chickens.” Selvey raises chickens of his own, including the table fowl Speckled Sussex and the egg-laying Ameraucana breeds. He explained that his modus operandi is to “thoroughly research chickens at home, and then come to the fair to see them in real life. I enjoy seeing them because it puts a face to a name.”

Other livestock admirers were also drawn to the tent, including Jason Carpenter and Zack Cable, four-year fair pros who affirmed, “We just come to see the animals.”

The heavyweight boar, stallion horses, and Stubbles the registered Hereford bull garnered the most attention under the tent. Notwithstanding, the kids always enjoy the pint-sized miniature horses as well.

The convergent entrance and exit for the fair was the new, indoor community center headlining the nonprofit, charity, and information booths. Visitors were presented with numerous philanthropic enterprises offering various counsel and goods for charitable purposes. Enclosed in the center was Dolly Parton’s Imagination Library, Expanded Food and Nutrition Education Program, Disabled American Veterans, and the Daniel Boone Bear Club, just to name a few.

The Daniel Boone Bear Club, an independent charity which has operated since 2004, has raised more than $110,000 for humanitarian efforts.

“We have been coming to the fair for ten years now,” Vincent Clark, vice president of the club, said, explaining that the organization is a nonprofit that raises money for the destitute and underprivileged.

With respect to donations, Clark said, “If people need it (assistance), we will help.”

The Avery County Fair, an unmitigated success in 2021, is scheduled to return next year and hopes to again provide wholesome family entertainment to visitors from near and far.